Who Is The Worst Person To Play D&D With?

It’s time for the dreaded “worst habits in D&D” talk. It’s okay though because this is a safe space to have this conversation. Like many among you, I too am guilty of gaffs at the table. We’re human. It happens.

These Habits go deeper than the occasional “oops” moment though. The dreaded Pet Peeves below are much more sinister.

ALRIGHT… sinister may be a strong word but annoying is spot on!

Many of these Pet Peeves or Habits go back as far as when the first caveman interrupted his fellow caveman to critique a cave drawing with “…Uhm, ACTUALLY…” Some are more specific to the Magical world of Dungeons & Dragons. NO matter the origin though everything has one thing in common. They are THE WORST D&D Habits That Need To Stop NOW!

I get it. It’s game night and the drinks are flowing. The mood is jovial and everybody is looking for a good time. Gamer Humor isn’t a bad thing, right? So, what’s wrong with some dad jokes and innuendos among friends?

The answer is—nothing is wrong on the surface and when done in moderation… key word being MODERATION.

There are few things as annoying as “Jokey Jokerson” throwing out a “that’s what she said” for the eighteenth time of the night. The Class Clown just wants to deliver a good time and it is a social environment so a little anxiety could be at play. One way of managing that anxiety may be practicing their standup comedy routine.

When their open mic Roast on the World of D&D starts to interfere with other people’s enjoyment or with the Dungeon Master being able to guide the adventure—THAT’S where the Problem Starts.

The good news is that the Class Clown is usually receptive to feedback and with a nudge is happy to dial back the laugh tracks.

THE METAGAMER: Beyond a Pet Peeve

The beauty of a game like D&D is the pure escapism that comes with gathering among friends to battle imaginary foes. At the end of the day Dungeons & Dragons is STILL a GAME—and for some people… games are meant to be WON.

The players that put “winning D&D’ over simply enjoying the journey are easily pulled to the dark side of Metagaming. I mean, what’s better than a solid win?

Using player knowledge to influence character decisions IN-GAME is considered poor form and taboo at most game tables. That… AND where’s the fun in avoiding failure?

Some of the most memorable experiences around the role-playing table are the shenanigans that follow a ridiculous fail.

This is a tough one though. It can be hard as a player to KNOW information that your character should have no clue about… and not let it influence your decisions. But, if you can tame the beast called temptation, you and your party will have an amazing time… especially when you roll a 1!

THE DISTRACTED PLAYER: Not Quite Committed To D&D

How simple and incredibly annoying this player is, ESPECIALLY to The Dungeon Master. Every DM knows the time and dedication that goes into creating an adventure for the players. AND every DM knows the feeling of watching that ONE PLAYER spends more time on their phone than they are engaged in the game.

The distracted player slows down the game, influences the other players, and frustrates the Dungeon Master. This is the reason many tables have a NO CELL rule during the game.

More often than not the Distracted Player just isn’t engaged in the story or his Character. That’s alright. This is a perfect time to work with that player to craft a backstory and/or story elements they WANT to invest in.

THE ATTENTION HORDE: One of the Worst D&D Habits Around.

There is a downside to being a Jack of all Trades in the D&D world. That downside is when the Player steps on other players’ Spotlight. What does that mean you may ask?

When the Barbarian jumps in front of the Rogue to attempt sleight of hand or the Fighter interjects into a diplomacy situation over the bard with a much higher Charisma. On the surface this could be seen as a petty “stay in your lane” annoyance but when it becomes a habit it can be a game killer.

Every player deserves their moment to shine and to be able to use the skills that make their character unique. The Attention Horde, if left unchecked, can not only be a game killer it can also ruin the other player’s experience. So, point-blank: Don’t be THAT player.

THE “ACCORDING TO CRITICAL ROLE”: A Series of Unfortunate Pet Peeves

No shade here. I love Critical Role and the impact it has on the current renaissance that Dungeons & Dragons is experiencing. There are so many great takeaways that come from watching Critical Role but there is a fine line to walk here as well.

The line is crossed when the players or DM put more emphasis on mimicking the show than on using it as a reference or just simple entertainment.

The cast members of Critical Role are highly trained “nerdy ass voice actors” with a production crew and an emphasis on providing entertainment to the masses. Chances are that does NOT describe your situation.

Voice acting and turning the drama up a notch are awesome in-game and can enhance the gaming experience. It can and many times DOES distract from the game when one player or Dungeon Master highjacks game night as an opportunity to practice their one-act play.

Some simple and free advice, when it comes to mimicking Critical Role – Sometimes LESS is MORE.

THE RULES LAWYER: Are They The Worst Person To Play With?

Here we go. The granddaddy of Pet Peeves. The crème de la crème of annoying habits. We present… The Rules Lawyer.

Dungeons & Dragons has a plethora of rules, stats, and lore. Most players may never get past the first layer of this D&D knowledge and that’s perfectly fine. That’s what the Official Dungeons and Dragons Player’s Handbook and websites like DnD Beyond are for – to be utilized as a quick reference in-game.

Under the right circumstances and with clear boundaries established a Rules Lawyer can be a welcome addition to the table and an invaluable resource for Dungeon Masters to tap into.

When left unchecked the Rules Lawyer is eye-roll-inducing to play with and a nightmare to DM. One can only take so many unsolicited “Uhm actually” comments in one session after all. Bless their knowledgeable heart because they just can’t help themselves from correcting every tiny nuance of gameplay. It’s almost like an unconscious urge that must be explored or it causes physical pain.

In my 2 decades plus of gameplay though I have seen more parties disintegrated and campaigns abandoned because of a Rules Lawyer. Most players just want to have fun and escape into some high fantasy NOT lose an hour of gameplay debating the exact mechanics for countering a counterspell.

If you ARE a Rules Lawyer or if you are a DM with one at your table, please do everyone a favor and have a conversation before the game starts. Take that time to go over boundaries, expectations, and if possible, ways to incorporate the Rules Lawyers’ expertise healthily.

Above all, Cherish Rule Zero. “It is the spirit of the game, not the letter of the rules which is important.” – Gary Gygax.

In other words. Don’t be a jerk, just have FUN!

There you have it.

The worst D&D Habits that make games a role-playing nightmare. This is just a small sampling of Pet Peeves and in no way is meant to be a complete or all-encompassing list.

You may ask yourself, “How do I combat this annoying encumbrance upon my game?” or “What do I do if my party has a player with one of the worst D&D habits?”

Great Questions! The short answer is transparently, openly, and with firm boundaries set expectations for what game night looks like. A session Zero is a great place to open this can of worms and layout the boundary before your party ever meets in a tavern.

What is a Session Zero, you ask?

Well… THAT Dear Adventurer is an article for another day!!!

DID YOU ENJOY THIS ARTICLE ABOUT THE WORST D&D HABITS?

ARE THERE ANY GAME-KILLING HABITS THAT WE MISSED?

IF SO LET US KNOW IN THE COMMENTS!

ALSO – BE SURE TO CHECK OUT OUR OTHER LIFE-SAVING (OR DEATH-SAVING) ARTICLES COVERING THE WORLDS BEST ROLE-PLAYING GAME – DUNGEONS AND DRAGONS! 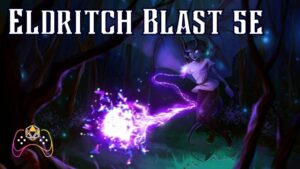