One of the best things about playing Dungeons and Dragons is that you can really get into character and role-play. This can make the game more fun and immersive for everyone involved. However, if you’re new to the game or just don’t know how to role-play well, it can be a bit daunting. Never fear! In this article, we’ll discuss the top five best ways to role-play when playing Dungeons and Dragons.

I was really able to take my character’s voice to the next level after I read Terry Mayo’s article: Unique D&D Tips to Make Your Character a Hollywood Star. This helped me flesh out my level 6 Aasimar Paladin once I started role-playing like I was Hercules from the 1997 animated film.

This can be very difficult if you allow outside distractions to break your focus, like your phone to enter the game. So, make sure you’re fully focused on the game and your character before you start role-playing.

Put the notifications on mute, let your girlfriend know you’re busy for the next few hours, and >__your name here__< is no longer around. Instead you’ve been replaced by a 6ft 7in tall Half-Orc , with a passion for poetry, named Rory Jiggle-O.

Another important aspect of role-playing is developing your character over time. This means giving them depth and complexity beyond their initial characterization. As you play through story arcs and dungeons, your character should grow and change based on their experiences. For example, if your initially shy character comes out of their shell and becomes more confident after vanquishing a fearsome dragon, make sure to reflect that change in their behavior from then on out. By developing your characters over time, you’ll make them more three-dimensional and interesting to play—and more fun for everyone involved.

Getting back to my Aasimar Paladin named “Tekrin”, he was a fresh-faced young lad who never touched alcohol a day in his life. That was until he joined the Twisted Fisters. He was pressured into it by an older party member and as it turns out, he loved it. Tekrin loved it SO much that he was singing karaoke, dancing, and discovering a new side to himself.

Part of what makes role-playing fun is seeing other people get into their characters. So when you’re role-playing, be enthusiastic! Ham up your accent, use lots of hand gestures, and really sell your character’s personality traits. The more into it you are, the more fun everyone at the table will have—including you!

This also can add another dynamic when you’re in a battle. Describing your blows, use body motions as you draw your arrow, even and some witty one-liners as you smash a goblins skull in.

It all adds up to some great role-playing experiences.

At the end of the day, the most important thing is to have fun! If you’re not enjoying yourself or if you’re feeling too stressed out about staying in character or whatever else, take a break or stop altogether.

Dungeons and Dragons is supposed to be enjoyable for everyone involved—so make sure that’s what it is for you too!

Bonus Role-Playing Tip: Give other players the spotlight.

Understand that Dungeons & Dragons is a collaborative game and everyone at the table is there to have fun. So, make sure you’re not hogging the spotlight or taking all the best roles for yourself. Instead, give other players a chance to shine. It’ll make the game more enjoyable for everyone and help you role-play better too.

What are some best practices that you would pass on to a new Dungeons & Dragons player, or someone who is looking to explore that aspect of the game more? Drop a comment below! 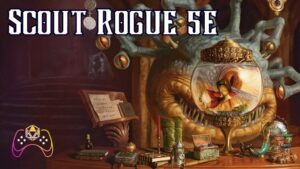