Blizzard Entertainment posted a little note Monday disclosing they will reveal the future of World of Warcraft in the next month. This is not just one game announcement though. The post says we will be getting multiple game announcements:

The World of Warcraft announcement:

We’re excited to show you what we’ve been working on and where your adventures in Azeroth will go next.

Until then, we hope you are enjoying Eternity’s End, the newest content update and final chapter of the Shadowlands saga. The heroes of Azeroth have been called forth to this intriguing new land of Zereth Mortis to thwart the Jailer’s efforts and stop him from rewriting reality as we know it. This past week we have seen brave adventurers make their way into the Sepulcher of the First Ones raid zone on Normal and Heroic difficulty, and this week they will finally come face-to-face with the Jailer himself as Raid Finder and Mythic difficulties become available. I’m eager to see who will achieve world first!

In WoW Classic, players have gathered their strongest allies to go beyond the gates of the ancient troll city of Zul’Gurub, face the Blood God Hakkar, and reap the rewards in Season of Mastery. Players have also been taking on the challenges in Burning Crusade Classic Phase 3 as they make their way into the Black Temple to face Illidan within his stronghold, engage in the Battle for Mount Hyjal to preserve history, and much more.

The Future of WoW eSports

The competition is fierce as WoW Esports celebrates 15 years this April with more seasons of epic competition ahead. For those looking to test themselves against the best players in the world, the Arena World Championship and Mythic Dungeon International are gearing up for more fast-paced action. For dungeon-runners, players who register by March 28 and complete the MDI Time Trials have a chance to earn the in-game Encrypted Banner of the Opportune. Sign-ups for the MDI Time Trials are open now on GameBattles. We wish the best of luck to all competitors. May your cooldowns be with you and your buffs strong.

The optimist in me hopes the developers at Blizzard steer the future of World of Warcraft in a better direction. But I’ll keep my expectations low in light of their tumultuous history over the last few years,. The game has been in a steady decline since 2010. Each new expansion reignites interest in the game, but not enough for people to stick around. At this point it seems the only two things to keep it afloat is the name and the number of people invested in it, but many long time fans and content creators have given up on the future of World of Warcraft. The writing on the wall is clear. The game will eventually die unless drastic measures are taken.

What do you think? Are you excited for the future of WoW? Are you eagerly awaiting something better? Comment below and let us know!

If you want to read the whole announcement, check it out here. 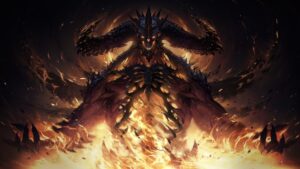