In case you’ve missed it, Dungeons & Dragons is venturing back into the vastness of space in their latest release, Spelljammer for 5e. The newest D&D 5e setting is a blend of old and new—a “Spelljammer 5e“, if you will. Spelljammer mixes the best of what we’re accustomed to in a traditional fantasy Dungeons & Dragons setting, with a fresh sci-fi take on the world’s greatest role-playing game.

I for one am excited to hop aboard a spelljammer with friends around the gaming table, explore the Astral Sea, get lost amongst the stars and venture to new worlds. By the end of this article you will understand the following:

With the help of some magic, hop aboard a spelljamming ship and travel the Astral Plane as you seek out new worlds to discover. Get lost in the abyss of Wildspace, and venture amongst the stars through the Astral Sea.

Much like the Outer Rim in Star Wars, Wildspace is a dangerous, uncharted territory. The Astral Plane is filled with endless adventure, leaving us here at Nerd Night News, very excited for the promising future of D&D.

What the heck is a spelljamming ship and how does it work? A spelljammer’s helm grants space travel to vessels that normally are not space worthy. Only a spellcaster can utilize a spelljamming helm to make it move. In original D&D lore, a mysterious race called the “Arcane” created spelljamming helms. And they were the only beings who could.

Spelljamming ships fly in the sky and the vacuum of space. The ship has its own gravity and atmosphere, so you can walk and breathe on the ship like normal.

I’ve been getting Disney Treasure Planet vibes due to the look of a spelljamming ship. It more closely resembles a pirate ship mixed with a tree or some creature as opposed to a normal spaceship. In the Legends of the Multiverse stream, their spelljamming ship is a pirate ship mixed with a living, breathing, talking tree. Having a living ship introduces a very cool role-playing dynamic.

A Brief History of Spelljammer

TSR originally published Spelljammer in 1989 for Advanced Dungeons & Dragons (2nd edition). Previous settings in D&D were mostly land- and sea-based. Spelljammer was an attempt to break the mold. It took our sword and sorcery adventures and catapulted them into the vastness of space.

Spelljammer received mixed reviews. On one hand fans celebrated it for its uniqueness and creativity. It allowed players to explore the bizarre and travel between planets, adding a fresh new imaginative layer to D&D. On the other hand, fans were not fans of its clunky gameplay systems, effectively leaving a sour taste in many adventurers’ mouths.  Ultimately, TSR discontinued the Spelljammer line before the Wizards of the Coast acquisition in 1997.

Spelljammer never fully died, however. It remained on heavy life support throughout the years. There were plenty of mentions and Easter eggs to find in future D&D modules. Like stumbling across the remains of a sunken spelljamming ship in one module. And mentions of the legendary Spelljammer vessel in D&D sourcebooks. Fans saw they were leaving the door open for a return to the imaginative stellar setting.

I was thrilled to learn we’re getting D&D in space and floored to learn it isn’t something new. For those patiently waiting 30+ years for the return of Spelljammer, I am beyond happy for you.

The wait is almost over. Come August 16th, 2022 we will all be able to jump on our spelljamming ships and venture through the mysterious Astral Plane.

Here is the big release, straight from Wizards of the Coast:

Here’s a bonus fact I learned when researching the Spelljammer release. The Spelljammer is a legendary manta ray-looking vessel and is more legend than real in the Forgotten Realms.

The Spelljammer is like the Flying Dutchman in Pirates of the Caribbean. Except this legendary ship procreates and gives birth to what’s called a “smalljammer.” And once the Spelljammer dies, a smalljammer grows up and takes its place. There can only be one Spelljammer at a time.

Total side note—I feel like the Arcane are the equivalent to modern day shark fin fisherman. Do they create the helm’s from hunting smalljammers? I want to know if this is answered in the module. (Does anyone have an answer to this?)

Spelljammer 5e Release in a Nutshell

For the first time in over 30 years, Dungeons & Dragons is returning to space with Spelljammer. Wizards releases it later this year (but you can preorder Spelljammer 5e now) and it will introduce a whole new way to play D&D. This new sourcebook will allow players to explore the vastness of space, traveling from planet to planet on their very own spelljammer ship.

I love that Wizards of the Coast is bringing back something from the past of D&D that many have been waiting decades for. Spelljammer is bringing the hype—I pray it lives up to it.

Overall, I am very, VERY excited to board a spelljamming ship and cruise around the Astral Sea with my friends. We’re going on a wild and crazy adventure! Hopefully we run into the actual Spelljammer and get THE BEST ship weapons along the way.

This coupled with the new ARcana augmented reality table top software has me incredibly excited for the future of table top role-playing games. We even recorded an interview for you with Grant Anderson, the creator and developer of ARcana and CEO of Mirrorscape, the company behind it.

Let us know in the comments below, will you be playing Spelljammer? Would you watch if we streamed an adventure set in the Spelljammer campaign setting here at Nerd Night News? What other D&D related topics would you like to see us cover? 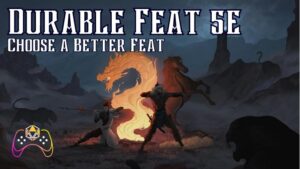