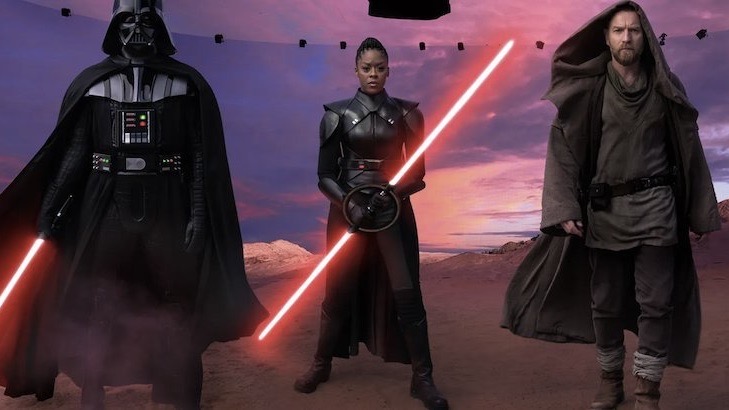 There has been much speculation about Reva in Star Wars, the Third Sister. Who is she? Why does she matter? In this article, we will explore her backstory and explain why inquisitors, Sith, and Reva are important in the Star Wars universe.

So here’s a rundown on what you’ll get out of this article:

Who Are The Star Wars Inquisitors?

Ewan McGregor returns to the Star Wars Universe as Obi-Wan. So many fans want to learn more about who the Inquisitors are in Star Wars.

The origin of the Inquisitors dates back to before the events of the Clone Wars. It was then Darth Sidious ordered the kidnapping of Force-sensitive children to be trained in the Dark Side of the force. He put them through rigorous training in hopes of one day building a Dark Side wielding, force-sensitive army to fight against the Jedi.

Cad Bane, the infamous bounty hunter, performed one such kidnapping. And Bane almost succeeded in kidnapping the Force-sensitive children for Darth Sidious. However, Obi-Wan and Anakin Skywalker intervened and freed the children, saving the day.

It is also important to mention, that once Sheev Palpatine took control of the Senate he began seeking out disgruntled Jedi. Sheev wanted Jedi who would pose no threat to him and could be easily controlled. The goal was to convince these disgruntled Jedi to join his cause and turn their backs on the Jedi Order.

The message was clear from Palpatine: join the Inquisitors and do his bidding hunting down the Jedi in hiding or die when Order 66 is carried out, the Jedi Purge.

How Many Inquisitors Are There In Star Wars?

Okay, so we established what an Inquisitor is but how many are there?

As of right now, 12 Inquisitors have been revealed in Star Wars. The Inquisitors have made appearances in the Star Wars Rebels animated show, Jedi Fallen Order the video game, and they’ve been sprinkled throughout various Comic Books.

There could be many Inquisitors out there, but right now we know of 12. Without getting into spoilers, that also doesn’t mean all 12 are still alive.

When you join the Inquisitorius, and become an Inquisitor, you’re supposed to leave your previous identity behind. This is similar to when a Sith takes a new name, an example of this is when Anakin dropped his name and became Darth Vader.

Note: Two un-named Inquisitors made appearances in the Vader Comics.

No Inquisitors are not considered Sith. Because there can only be two Sith: a master and an apprentice. No more, no less. So a Sith apprentice receives complete training in the ways of the force.

Yes, Inquisitors are trained on the Dark Side of the force, however certain secrets are kept from them in order to keep them from becoming full-fledged Sith Lords. Darth Sidious wanted to keep the Inquisitors weak so they could never be a real threat to him.

Disney+ launches the Obi-Wan show soon. As a result, Star Wars fans have been given an early glimpse into the 3rd Sister Inquisitor known as Reva. According to reports, Reva will be tasked with hunting down former Jedi Master Obi-Wan Kenobi on behalf of Darth Vader.

Reva is said to be ruthlessly ambitious and possess strong force abilities.

Firstly, I am interested to see Reva’s relationship with Hayden Christensen, who is reprising his role as Darth Vader. I’m also curious to see how the 3rd Sister Inquisitor handles being on the same team as Rupert Friend who is playing the Grand Inquisitor.

Those who are ruthlessly ambitious, tend to not play well with others.

There are two theories circling around the Star Wars news outlets about how Reva became an Inquisitor.

Theory 1 is saying Reva was a child during Order 66. Not only was Reva a child, but she was one of the only younglings who survived Anakin in the Jedi Temple during his unspeakable act. She was then brought into the Inquisitors to be trained after Darth Sidious saw her potential.

Theory 2 states that Reva was kidnapped by the Jedi and forced to join the order. So this gives her character justification for wanting revenge against the Order and a strong enough reason to join the Inquisitors.

Something worth noting—you’re supposed to give up your identity when you become an Inquisitor. The fact we know Reva’s name is not normal. This small detail leads me to believe Obi-Wan knew of Reva in the past and she has ties to the Jedi Order before Order 66 in some capacity.

Reva is going to be a main character in the Obi-Wan Disney+ show.

Her conflicted past is going to play a role in her struggle between good and evil, the Light and Dark sides of the Force. So my guess is Reva Star Wars Third Sister, will discover Luke Skywalker as she conducts a search of Tatooine.

Reva will be one of the only few people in the Galaxy who knows the details of Vader’s twin children.

My guess is it will be up to her to keep Obi-Wan’s secret hidden from the Empire. Perhaps she will even take that secret to the grave or maybe she will pass along that information. I guess we will have to wait and see.

The very talented Moses Ingram will be bringing the live-action adaptation of Reva to life. Moses Ingram is a rising star in the industry. As a result of her breakout role in the Queen’s Gambit.

I am very excited to see Reva Star Wars Third Sister on the small screen. She is going to be a great addition to the cast of characters and I can’t wait to see her story unfold. I think she will have a big impact on the show and could potentially be a fan favorite.

Seeing the Inquisitors in action is going to be a treat and I am looking forward to seeing Reva in action.

Let me know your thoughts in the comments below, are you excited to see Reva Star Wars Third Sister? Do you think she will have a big impact on the show?

I would love to hear your thoughts!