There are so many announcements flying out lately it’s easy to lose track of what’s new and exciting in the World of D&D. That is an AWESOME problem to have!

Comics, Movies, Books, Video Games, and blockbuster deals—the Bag of Holding is busting at the seams with updates! So, grab a glass of mead and tip the Bard extra because we are about to unload a treasure trove of TTRPG gold upon you!

MONSTERS: What’s New and Exciting in the World of D&D

First up is a new source book from Wizards of the Coast. Monsters of the Multiverse compiles an insane number of new options for players and Dungeon Masters to engage with.

The book includes over 30 playable races and adds new options for the character creation offline and on D&D Beyond’ s Character Builder.

Monsters of the Multiverse also includes over 250 monsters to use offline and on the D&D Beyond Encounters tool.

The official Monsters of the Multiverse release outlines some of the book’s finer points:

“Compiling and updating monsters that originally appeared in Volo’s Guide to Monsters and Mordenkainen’s Tome of Foes, this book presents friends and foes for any D&D campaign, many of them accompanied by the comments of Mordenkainen. The wizard has faced many of these monsters and peoples on numerous wondrous adventures. Now it’s time for you to venture forth and face these creatures yourself!”

This is a MUST HAVE book for any would-be DM and player alike. Monsters of the Multiverse is available for Pre-Order NOW!

Next up in the world of Comics comes a plethora of skull-kicking adventures from the D&D Master himself, Jim Zub!

Jim Zub is a writer, artist and art instructor based in Toronto, Canada. The past twenty years he has worked for top publishing, movie and video game clients such as Marvel, DC, Disney, Capcom and more!

Zub is not only a master comic book craftsman he is also a dedicated and influential figure in the World of Dungeons and Dragons. (Check out his Website and pick up his series Skull-Kickers. It is a masterclass in amazingness!)

He is adding to his already impressive catalogue with the following servings of D&D goodness:

Further down the road Zub releases the sixth instalment of The Young Adventurer’s Guide and The Ultimate D&D Pop-Up Book!

The Dungeons & Dragons Young Adventurer’s Guidebook: DRAGONS & TREASURES, is part 6 of the ongoing series geared toward young D&D fans. Its mission is to spread knowledge of this wonderful game to the next generation of brave travelers!

Dragons & Treasures is available for preorder and currently has a release date of November 2022.

Dungeons & Dragons: The Ultimate Pop-Up Book brings the world of Dungeons & Dragons to life through pop-up artwork! Readers can explore the land of Faerûn like never before with a unique D&D pop-up experience. This book currently has a release date of January 2023.

D&D Beyond has a New Master: What’s New and Exciting in the World of D&D

Moving on to the world of online play—it was announced on April 13th that Hasbro is set to acquire the D&D mega support platform D&D Beyond from Fandom for $146.3 MILLION in cash.

No major changes or shifts in the platform have been confirmed yet and a spokesperson for Hasbro assures all that service will continue without interruption. Check out an excerpt of the purchase announcement from Hasbro below!

The BIGGEST and MOST EXCITING news came out of the inaugural celebration called D&D Direct on April 21st! Wizards of the Coast hosted the event and unveiled everything coming to Dungeons & Dragons across all multimedia facets.

Watch the full announcement below or skip down for a rundown of the notable announcements.

Spelljammer: Adventures in Space is finally releasing! This will allow players to explore Wildspace and the Astral Sea using the fifth edition Dungeons and Dragons system!

The release will be followed by a set of Spelljammer inspired miniatures as well.

A Spelljammer-themed play series called Legends of the Multiverse will premiere on TWITCH on April 27.  There are a ton of major names in the D&D community attached to this bad boy already (including the above mentioned JIM ZUB). Get excited because there is a promise of a few surprises along the way!

Unfortunately, that is about all there is so far but the fact that Dragonlance is reemerging from the ashes is a HUGE deal!

A new Starter Set is in the works as well. Dragons of Stormwreck Isle will be available for new players and Dungeon Masters. It is designed to teach new players the basics of D&D. It will also include digital tools and a more streamlined design.

But Wait—There is STILL MORE!

Filmmakers John Francis Daley and Jonathan Goldstein announced that Dungeons & Dragons: Honor Among Thieves will be released in theaters on March 3, 2023. The movie will take place in the Sword Coast region of the Forgotten Realms and may include some familiar faces. (Enter high pitched squeal here!)

Some of the rumored actors attached to star are Chris Pine, Ansel Elgort, Michelle Rodriguez and Hugh Grant. The film is in VERY early development so… STAY TUNED for future coverage!

D&D is pushing ahead at full steam and not looking back for stragglers. Not even mentioned are the video games like Baldur’s Gate 3 or the new Adventure guide from Wizards of the Coast, Journeys Through the Radiant Citadel… it begs to ask the question what ELSE is new and exciting in the World of D&D?

It is an exciting time to be a Dungeons and Dragons Nerd, my friends.

Embrace it and Roll for Initiative!

WHAT ARE YOU MOST EXCITED FOR? WHAT DO YOU THINK OF D&D’s BOLD NEW DIRECTION?

IF YOU ENJOYED THIS ARTICLE CHECK OUT THIS COOL ARTICLE ON UNIQUE WAYS TO MAKE YOUR CHARACTER A HOLLYWOOD STAR! 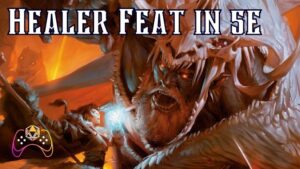