Nerd culture has become more mainstream in recent years, but there is still a lot of confusion about what it actually means. In this article, we explore the origin and the definition of nerd and discuss who counts as part of this unique group.

Who Are Nerds and What is Nerd Culture⁠

It can be defined as a culture associated with intellectual pursuits, specialized hobbies, and unconventional interests. These interests can include fields like science fiction, fantasy, comic books, gaming, and technology. It is also considered to be outside of the mainstream (not so much anymore) and can be seen as quirky or unusual.

Society right now is at the cross roads of pop culture and geek culture colliding. It seems that everywhere you look, there are references to the Culture of Nerdom in some way, shape, or form. Even celebrities are getting in on the action, with some self-proclaimed nerds and geeky interests of their own.

The Word “Nerd” Was Founded on the Backs of Books

Before the big movie block busters, cinematic universes, and expansive TV series, there was imaginative storytelling that lived in the pages of books.

Technically, the word nerd was originally coined by Dr. Seuss in If I Ran the Zoo, published in 1950. The narrator states he’ll collect “a Nerkle, a Nerd, and a seersucker too” for the imaginary zoo.

All of these amazing books created the foundation of Nerdom. Sure, you can go back further to stories about Greek gods and ancient literature, but for the sake of this article, we focus on the culture as it exists today.

The OG’s of fantasy and science fiction gave us the gift of escapism. They allowed adults and children to explore their imaginations. Authors truly created the spark that ignited into this fun, obsessive, interesting, fandom that we’ve come to love today.

Who Are Nerds—Comics and Nerdiness

As a published comic book author (shameless plug), I’ve experienced first hand how this nerdy medium for story telling helped influence so many into becoming a nerd. Comics helped bring geek culture to the mainstream and gave people a reference point to explore their nerdier side. Whether you’re into DC, Marvel or Independent Comics there’s definitely a comic book out there for you.

Comics made the ordinary, extraordinary. It gave people who felt they didn’t fit in, a place to belong. Anyone could be a hero in their own story and that’s what made comics so special.

I also love the visual storytelling that comics provide. You’re not just limited to words on a page, but you have an entire art team conveying the story through pictures. This allows your imagination to really run wild and explore the possibilities of the story.

Something I found out early, when I got into comics, was just how cinematic they are. Unlike a movie where budget matters, you can draw anything your imagination sees fit. Some of the wildest, out of the box stories I’ve ever read were portrayed in a comic book. A comic book has no creative ceiling.

Who are Nerds—They Celebrate the Comic Book Store

A passion of mine outside of writing is just spending time at a comic book shop. There’s never been a better example of Nerd Culture on display then at your local comic book store. It’s a place where people of all ages can come and celebrate their love of all things.

Your local comic book shop is a celebration of the Culture of Nerdom in its purest form. Nothing is better than sifting through a long box and discovering a new series or character to fall in love with. Most comic book shops double as a game store too. Playing games like Magic: The Gathering and Dungeons & Dragons is a huge part of the culture.

Whether you’re a long time comic book fan or just getting into the genre, your local comic book shop is the place to be. So next time you’re looking for something to do on a Saturday afternoon, why not stop by and see what all the fuss is about? You might just find your new favorite hobby.

Who are Nerds—Enter Harry Potter Mania

I think we can all thank J.K. Rowling for the surge in the Culture of Nerdom. It seems like everywhere you look, someone is talking about Harry Potter. Reading became popular again because of Harry Potter. It was something that everyone could bond over, no matter what age.

And the best part?

The story is never ending! There are always more books, movies, and merchandise to keep the universe going.

I remember reading the Sorcerer’s Stone in elementary school and being fascinated by the world of Hogwarts. I wanted to be just like Harry and learn everything I could. What was exciting about this was a lot of my friends felt the same way. It wasn’t just me that loved Harry Potter, it was everyone!

And that’s what made it so special.

We could all come together and discuss the latest book or movie and just be nerds about it.

That’s what the Culture of Nerdom is all about. It’s about coming together and bond over the things we love. It doesn’t matter what it is, as long as we are passionate about it. It is a safe place for us to be ourselves and just enjoy the things we love.

It feels like just yesterday when I was getting picked on for being into Lord of the Rings and Harry Potter. Now, it seems like everyone and their mother is into all things nerd. Hell, just being a computer nerd is considered “cool” now.

When did this all change, when did our once bullied culture become mainstream?

It’s hard to say when it became “cool.”

To me, Star Wars was the biggest driving force in making Nerd Culture mainstream. When the original Star Wars movies came out, it was like nothing anyone had ever seen before. It was so popular that even people who weren’t into sci-fi or fantasy were lining up outside theaters around the world to see it.

I think the success of Star Wars really opened people’s minds to Nerd Culture and showed them that there was more to it. Star Wars became pop culture. Star Wars was arguably the first successful film most nerds, geeks and your average everyday person bonded over.

Before Star Wars however, my Dad told me how people would spray paint “Frodo Lives” over subway stations. So again I defer to books being the driving force behind making the nerd mainstream but Star Wars catapulting it into pop-culture.

Who are Nerds—Dungeons & Dragons Friends!

I think you’re seeing the theme of this article.

The mystery behind being a nerd is never letting your imagination die. There is no better example of that, than collaborative storytelling with a group of you closest friends. Dungeons and Dragons is the best example of that, where you get to be the hero of your own story.

Dungeons and Dragons was created by two men, Gary Gygax and Dave Arneson. They took their love for fantasy novels, and created a game where people could create their own stories in that world. It was first published in 1974, and is now the world’s most popular role-playing game. With over 20 million players, it’s safe to say that nerd culture is here to stay.

Thank you, Gary and Dave!

Who are Nerds—What kind of person is a nerd?

So, what kind of a person is a nerd? The people who count themselves amongst the nerds of the world are typically those who are passionate about one or more particular subjects, and often have an intense knowledge base when it comes to these topics.

Nerds are also often considered to be social outcasts, or at the very least, people who don’t quite fit in with the mainstream. This is likely due to the fact that nerds often have very strong opinions on their chosen subjects, and can be quite vocal about them – something that doesn’t always endear them to their peers.

However, being a nerd isn’t necessarily a bad thing. In fact, many of the world’s most successful people could be considered nerds. So, if you’re a little bit of a nerd yourself, don’t worry – you’re in good company!

What are some Nerd Culture stereotypes?

There are a few common stereotypes when it comes to nerd culture. Firstly, nerds are often seen as being highly intelligent, but also somewhat socially awkward. They may be passionate about their interests, but lack the social skills to properly communicate this to others.

Nerds are also often portrayed as being somewhat unkempt, or at least not particularly fashion-conscious. This is likely due to the fact that nerds are more interested in their chosen subjects than they are in keeping up with the latest trends.

Finally, nerds are often seen as being relatively poor, or at least not particularly wealthy. This is likely due to the fact that nerds tend to spend their money on things like comics, video games and other nerdy pursuits, rather than more expensive items such as cars or houses.

I truly believe these stereotypes are mostly all wrong. Some of the most successful people out there are nerds. Nerds are made up of introverts and extroverts. Now that being a little bit nerdy is mainstream, the truth is nerds come in all shapes and sizes. There is probably more nerds than not now.

I hope this article gave you a better understanding on Nerd Culture, what it entails, and who are nerds. I also hope that if you self-identify as a nerd, or someone who is interested in the Culture of Nerdom, that you feel empowered to embrace it. There is no correct way to be a nerd, so be yourself and enjoy the things you love! Thanks for reading! 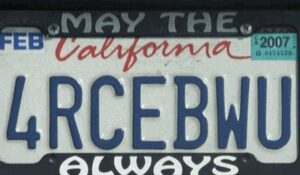