How many times have you needed a few more feet to attack the enemy in front of you? How often have you been stuck in difficult terrain while chasing an enemy or being chased? The Mobile feat in 5e can be a great way to quickly move around the battlefield and avoid opportunity attacks.

In fact, Mobile is arguably one of the best feats in 5e.

What is the Mobile feat in 5e?

The Mobile feat in 5e is like the Dash action but on steroids. With this feat, you can move farther and ignore terrain debuffs when you Dash. And if you make an attack you can also move away from the target of that attack without provoking an opportunity attack.

The Mobile feat in 5e grants the following benefits:

What does the Mobile feat in 5e do?

Your speed increases by 10 feet

How many times have you found your character in a position after moving where the enemy was just out of reach of a weapon attack or spell attack? If only you had 5 or 10 more feet.

What if you want to get around an enemy to heal an injured ally without triggering an opportunity attack by that enemy? 10 feet of extra movement might do it.

There’s no downside to this one. More movement is a great benefit.

When you use the Dash action, difficult terrain doesn’t cost extra movement on that turn

Rough terrain can make sticky situations in battle much stickier. As players we get accustomed to always being able to move the same distance. So a DM can toss a hefty wrench into any party’s strategy with difficult terrain on a battlefield.

Combine this with the rogue’s Cunning Action feature and your rogue will be able to Dash farther with a bonus action, be unhindered by the terrain, and STILL have a standard action to use.

When you make a melee attack against a creature, you don’t provoke opportunity attacks from that creature for the rest of the turn, whether you hit or not

This is like a modified version of Disengage. Instead of spending a standard action to Disengage, you can make a melee weapon attack and then get away without triggering an opportunity attack.

However, this only works on the enemy you attack. If you’re engaged by three enemies and you attack one, the other two will get opportunity attacks as you flee. Disengage will allow you to move away from them without triggering a single opportunity attack.

What classes is the Mobile feat in 5e good for?

All classes would benefit from the Mobile feat. But the feat complements a couple classes more than the rest: monks and rogues.

Monks become more mobile as they get stronger, acquiring abilities like Step of the Wind, Unarmored Movement, and Slow Fall. So adding the Mobile feat on top of an exceptionally speedy and agile class is icing on the cake.

The Mobile feat is great for rogues. Because rogues are all about moving around the battlefield quickly to get into position to Sneak Attack an enemy. Or to escape if they are outnumbered. The Mobile feat gives rogues more movement and options to do what they excel at.

Aside from the monk and rogue, the next best choice is the fighter. Fighters don’t need to worry as much about avoiding taking damage. But if you assume the role of frontline combatant, you’ll need to get around the battlefield to protect allies with low hit points and squishy spellcasters. Being able to negate difficult terrain’s speed debuff, hit an enemy and still Disengage, and move farther will help a fighter accomplish his or her objectives.

Mobile would also be a good choice for a ranged character. Because classes that rely on ranged weapons need to make sure they can stay out of the fray and move to an advantageous position, so additional movement would be a plus. In addition, being able to ignore the difficult terrain debuff would be an advantage in that situation as well as needing to get away from an attacking creature. And if an attacking creature did engage the ranged character, the third benefit of the feat allows your character to make a melee attack before retreating without triggering an opportunity attack.

What classes is the Mobile feat in 5e NOT good for?

No one. One could argue it’s not as beneficial for spellcasters like the cleric, warlock, sorcerer, and wizard, as it is for the monk, rogue, and fighter. But that’s a matter of personal choice and the kind of campaign your DM is running.

Is the Mobile feat in 5e good?

Does the Mobile feat in 5e increase fly speed?

Yes, the Mobile feat in 5e does increase fly speed. The description for the feat doesn’t specify ground speed, so it is safe to assume the speed increase also applies to your flying speed.

Is Mobile worth it for a monk?

The Mobile feat in 5e is definitely worth it for monks. Monks become more mobile as they get stronger. So adding the Mobile feat on top of a speedy and agile class is the cherry on top of the super mobile sundae.

If you’re looking for a way to move quickly and easily around the battlefield, the Mobile feat 5e is perfect for you. This feat gives you extra speed, lets you ignore difficult terrain, and prevents opportunity attacks from enemies. So whether you’re a monk, rogue, or fighter, the Mobile feat will help you accomplish your goals on the battlefield.

You might want to consider other feats if you’re a spellcaster, but this one isn’t off the table if you feel your squishy character could benefit from more mobility.

What do you think about the Mobile feat in 5e? What would you change about the feat? Let us know in the comments! 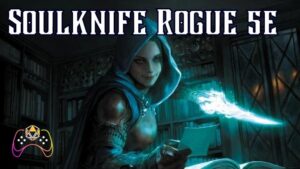 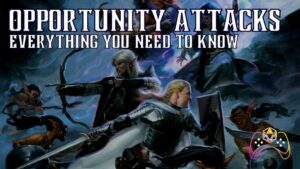