Jayce is a champion from the popular online video game League of Legends, and he has just made his debut in the new Arcane TV show. In this article we will do a deep dive on Jayce from Arcane and compare him to his League of Legends champion.

Who is Jayce from Arcane?

Jayce from Arcane comes from house Talis, a family of tool makers. Instead of Jayce following in his deceased father’s footsteps, he becomes a scholar at the Piltover Academy.

Jayce hoped to harness the power of magic through science. The work was done in secret and was very dangerous.

A group of young children from the undercity broke into Jayce’s lab and ransacked the place. One of the intruders named Jinx dropped one of Jayce’s Hextech Gemstones during the getaway on the floor, causing a major explosion.

Dean Heimerdinger advised Jayce to stop his research and to avoid mentioning what he was trying to accomplish in-front of the council when he is brought forward to discuss what caused the explosion. Dean Heimerdinger feared Jayce would be punished harshly for going against the natural order of things.

Jayce told the council everything against Heimerdinger’s wishes and in-doing so, was expelled from the academy.

How Old Is Jayce from Arcane?

If you’re familiar with Arcane you know that during the show there is a time jump. When we first meet Jayce during act 1 he is 24 years old.

How did Jayce find his love of harnessing magic?

When Jayce was but a child, he and his mother were caught in a terrible snowstorm, in the middle of nowhere. Jayce’s mother was on the verge of death after collapsing, due to the poor conditions, luckily a cloaked figure emerged out of nowhere. This mysterious character used magic to teleport both Jayce and his mother to safety.

The cloaked figure handed Jayce the crystal he used for the spell that saved his mother’s life before he left. Due to this, Jayce begins on a path of discovery. The young golden boy would no longer rest until he learned how to control magic, through the means of science.

Jayce League of Legends: According to Riot Games

It has been interesting to see how the League of Legends champions have been adapted for Netflix’s hit Arcane show.

Jinx has maintained her chaotic tendencies, Vi her fighters mentality but both characters are vastly different from their original Riot games backstories.

Jayce is no exception. Riot Games paints a very different picture from what we received in the Arcane animated show.

Jayce’s lengthy Riot Games backstory can be summarized with him being an arrogant inventor who had a falling out with his closest friend and colleague named Viktor.

Jayce is a brilliant inventor who has pledged his life to the defense of Piltover and its unyielding pursuit of progress. With his transforming hextech hammer in hand, Jayce uses his strength, courage, and considerable intelligence to protect his hometown. While revered throughout the city as a hero, he hasn’t taken well to the attention heroism brings. Still, Jayce’s heart is in the right place, and even those who envy his natural skills are grateful for his protection in the City of Progress.

League of Legends: Jayce and Viktor

Although Jayce was considered arrogant and dismissive to his fellow colleagues, he did have a moral compass guiding him to always try and do the right thing. Unlike his old-friend Viktor.

Viktor attempted to kill Jayce over a blue crystal he wanted to use for some evil science project with an army of metal-automatons, with brains implanted from deceased soldiers.

Jayce defeated Viktor in battle, as-well as his zombie-automatons, earning himself the nickname: “the Defender of Tomorrow”.

You can checkout the full Riot Games biography on Jayce right here.

Jayce in League of Legends is considered a fighter with a moderate difficulty level to play. He comes equipped with some very unique abilities that make Jayce a very powerful and respected champion in the game.

Some of Jayce’s unique abilities from League of Legends are:

TO THE SKIES! / SHOCK BLAST

Conclusion—Jayce the Defender of Tomorrow Champion vs the Arcane Scholar

There are many similarities between Jayce from Arcane and the playable character from LoL but even more differences.

Jayce from Arcane is a much more morally good person and doesn’t have the same anger issues that seem to plague Jayce, the LoL character. Jayce, from Arcane also doesn’t seem to be as arrogant as his LoL counterpart and is more level headed and collected.

Something also to note is in LoL Viktor is Jayce’s archenemy but in Arcane there story plays out very differently, something I dare not spoil here.

Have you watched the show and played the game? Jayce is a very unique and powerful champion in both. let me know your thoughts in the comments below! 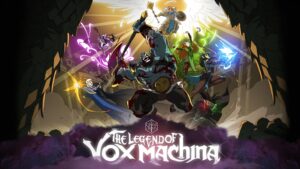