In a world where nerd culture is becoming more and more mainstream, it’s important to know how not to be a nerd. Sure, you might think that embracing your inner-nerd is the cool thing to do, but trust us when we say that you’re better off without it. Here are just a few of the many reasons why:

How to Not Be a Nerd: Don’t Try to Understand Anyone

I don’t know about you but whenever I have a conversation with a full-fledged NERD, I despise how right they are. It’s infuriating how often I find them to be right. We could simply be talking about the weather and they’ll find some way to be smarter than me.

They have this emotional and social intelligence that allows them to understand people and how they like to be talked too. I could be red in the face arguing my wrong point across and they’ll find a way to defuse the situation, communicate effectively what I need to hear and show me the right way to do something.

It’s terrible. I end up learning new things, expanding my horizons, and challenging my own opinions.

How to Not Be a Nerd: Be a Wallflower

The worst, the absolute worst! Nerdy guys are the worst, am I right?

Who would ever want to make new friends with a nerdy guy? They’re social chameleons, are great active listeners, and always invite you to their fun out-of-the-box events. Nerds are the ones, always asking questions in class and learning stuff. What’s worse is they remember what they learn and bring it up in future conversations.

I feel so bad for someone who actually dates a Nerd. They’ll probably show up to the date in a sharp button-down dress shirt, rocking the latest contemporary fashion trends and you’ll wind up talking about Star Wars for half the dinner. What’s worse is, you’ll like it.

Nerdy people concern me for many reasons. Popular kids are popular for a reason, they’re popular. They don’t spend hours upon hours in their parent’s basement watching Netflix, playing video games, and reading comic books… or do they?

Let’s start with some famous nerds.

Henry Cavill is way too jacked to be a nerd. The dude paints miniatures for fun, plays video games, and reads a ton of books and comics, ugh what a nerd. Mr. Cavill (as my sister likes to call him) is freaking Superman for heaven’s sake, oh and he plays the Witcher, he’s like the holy grail of nerds. Who the hell does he think he is?

Recently an image of him building his own gaming PC went viral and set the internet ablaze. I am concerned that stereotypical nerds are just that, a stereotype. How dare Henry Cavill break the mold?

Or, perhaps the nerd image in our heads is wrong? Can famous actors really be nerds?

Yes, the famous talk show host. Stephen interviews celebrities for a living and is a huge conversation draw in Hollywood.

But do you know Stephen’s dark secret? He’s a huge NERD.

The dude knows everything and anything to do with Lord of the Rings AND plays Dungeons & Dragons. I mean how did he even get his job in the first place?

We need to cancel Stephen Colbert immediately. You can’t have a talk show, wear glasses and a suit coat, while being funny and charitable (at the same time) and be a NERD. How is this allowed?

Wait, maybe that nerd stereotype is wrong again. Can funny people be nerds too?

Oh yeah, Apollo himself. Mr. Cool. A guy like this could never be a NERD, could he?

Yup turns out Michael B. Jordan is a total nerd. The guy loves Anime. How could someone with that amount of charisma, who’s reached that level of success, be into such a nerdy thing like Anime? Shouldn’t he only be watching sports?

Perhaps, even the biggest stars enjoy good stories that aren’t live-action? No that can’t be (or could it).

How to Not Be a Nerd: Don’t Have Fun

Okay so I’ll accept the fact that NERDS can be successful, smart, and probably make for a great partner. What someone should never accept is sitting around a table without your cell phone and playing a game together.

I mean what absolute madness is that? You’re going to force me to interact with good friends and potentially make new friends, around a gaming table, as we roll dice and laugh? I’ll actually have to talk to the person sitting next to me? None of this sounds fun.

Who in their right mind wants to have such a night filled with laughter, food, and friendly competition? Board games are archaic, they come from such an uncivilized time period. Now we have screens to talk with, and memes to laugh at.

How to Not Be a Nerd: Spend Recklessly

I for one would much rather go to an overcrowded bar and spend hundreds of dollars on a few drinks while trying to carry on a conversation with someone over loud music. In fact, my girlfriend would rather I go out binge drinking and stumble home at the late hours of the morning.

I absolutely hate the idea of having my closest friends over, splitting a 30 rack of beer (or passing the pipe around), ordering a cheap pizza, and playing tabletop games. Shoot, some of my closest friends don’t even drink, they just enjoy playing the games, how dare they have such a cheap good time.

How to Not Be a Nerd: Don’t Be Interested in Anything!

I truly can’t stand someone who obsesses over doing the right thing. Have you ever met someone who paints miniatures? Oh man, it needs to be absolutely perfect.

What about someone who is a huge fan of say Star Wars, Lord of the Rings, Game of Thrones, Star Trek or insert major IP here? Those NERDS obsess over everything to do with what they love, how dare they even give a crap!

It doesn’t stop there. Those same Nerds obsess over making their friends happy, they strive to be the best partners. Always trying to do the right thing and be good. Some of these nerds obsess over being environmentally conscious or how to be charitable with their free-time. It’s absolutely the worst.

Doesn’t the world want more shady characters? Why do these nerds need to be so perfect?

How to Not Be a Nerd: Ditch the friends

No one person can really have that many close friends. Have you ever been to a Dungeons & Dragons session? There are like 4-10 people sitting around a table and they swear they’re as good as family. Laughing and joking with each other, smiling. Ugh, you hate to see it.

What’s worse is most of the D&D games I went to (in the name of science), are so inviting that all sorts of people show up to play.

Oh no friends, It doesn’t stop there. There are clubs around the country people join to discuss these things I haven’t seen since High School called books, why would anyone join a book club? People read? People read together?

It’s as if people bond over the things they like and they just slapped this Nerd Culture label over it. I don’t know but have you checked out the Wheel of Time yet? Good, me neither, I hate reading.

Conclusion—How to Not Be a Nerd

I don’t know, perhaps I’m just a hater. I can’t stand how happy Nerds are and how they seem to have their act together. If you find yourself becoming a Nerd, ask yourself is it really worth it?

Is it really worth giving up your self-loathing misery to have a good time with people. Why would you want to enjoy others company when you could just be alone?

Well thanks for reading, I need to bounce. I want to finish this next chapter of the Wheel of Time before my friends come over to play Dungeons & Dragons. Afterward, we’re watching the Witcher.

It’s going to be a terrible Friday night. 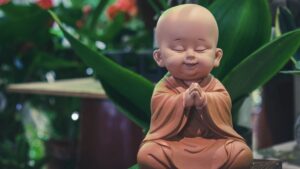