If you want to be a healer without relying on magical healing, the Healer feat in 5e is for you. The same goes if you don’t have a dedicated healer in the group, or if you like gritty realism campaigns.

With the Healer feat, you become better at using healer’s kits so you can heal your companions. This means that even if you don’t have magical healing abilities, you can still be the healer your entire party will be thankful for in those nail-biting fights.

People tend to shy away from choosing dedicated healer classes in Dungeons and Dragons like the Life cleric. So the Healer feat in 5e gives any character the ability to perform some healing. It certainly won’t put a rogue on the same level as a cleric, but something is better than nothing when it comes to healing. I don’t know about you, but I’d rather have a single healing potion in my pocket than none at all.

What is the Healer feat in 5e?

The Healer feat in 5e gives you the ability to heal creatures without relying on healing spells. Instead of magic, you use a healer’s kit which can normally only stabilize a dying creature.

You are an able physician, allowing you to mend wounds quickly and get your allies back in the fight. You gain the following benefits:
– When you use a healer’s kit to stabilize a dying creature, that creature also regains 1 hit point.
– As an action, you can spend one use of a healer’s kit to tend to a creature and restore 1d6 + 4 hit points to it, plus additional hit points equal to the creature’s maximum number of Hit Dice. The creature can’t regain hit points from this feat again until it finishes a short or long rest.

The first benefit is solid because it makes the difference between your character staying unconscious and being able to act. Unfortunately, if a rock smacks your character on the next turn, your character goes down. So just make sure your party has some way of keeping your character safe until more healing is possible.

The second benefit is excellent, especially in the early levels because spell slots are limited and healing potions are expensive. The only downside worth noting is not being able to benefit from this healing more than once every short or long rest.

With the Healer feat in 5e, those healer’s kits go from forgettable items to legitimately valuable tools that can help get your companions back into a tough fight.

But does the Healer feat in 5e scale?

So, yes, the Healer feat in 5e scales.

What is the healer’s kit in 5e and how does it work?

The healer’s kit in 5e is a leather pouch that contains bandages, salves, and splints. Healer’s kits have ten uses and can be resupplied.

But with the Healer feat in 5e, the utility of healing kits expands. Instead of just stabilizing a dying creature, you bring the dying creature back to consciousness with 1 hit point. In addition, you can use a healer’s kit on yourself or someone else to regain hit points.

What classes is the Healer feat in 5e good for?

The Healer feat is great for any class, especially if your companions don’t have healing spells. It’s much cheaper to use healer’s kits than it is to blow all of your hard-earned gold on healing potions.

But even a Life cleric would benefit from being able to heal more because he or she would be able to heal without using spell slots. The Healer feat makes anyone an able physician with healer kits.

Envision a lightning-quick kenku monk anime-running around the battlefield healing her comrades. Think about a scholar supporting her party from the backline with magic while healing whoever needs it with healer’s kits. Or imagine a confident bard singing his inspirational tunes as he dances around a brutal boss battle tending to his friends’ injuries.

Basically, if you don’t need to be attacking or soaking up damage every round, the Healer feat will benefit you and your party throughout the entire game.

What classes is the Healer feat in 5e NOT good for?

If you want to make use of the feat in battle, it’s a good feat for characters that won’t be on the frontline. Because it would mean those frontline combatants have to stop doing damage and potentially provoke an opportunity attack in order to run around the battlefield to provide healing.

It doesn’t mean it’s a bad choice for them, just that it’s a great choice for most classes and simply an ok choice for classes like fighters and barbarians.

Is Healer feat good in 5e?

The Healer feat in 5e is great if no one in your party has healing spells. You get ten uses from a healer’s kit that costs you 20 gold pieces compared with a single-use from healing potions that cost you 50 gold pieces each. At 4th level, one kit can heal an average total of 115 hit points (from ten total uses) compared with a potion that heals an average of 7 hit points.

Not to mention, healing potions aren’t easy to acquire in significant quantities. But healing supplies should be available in most towns. Why would any collection of intelligent people not have bandages, salves, and splints on hand?

Can you use the Healer feat on yourself?

Is the Healer feat overpowered?

No, the Healer feat in 5e is not overpowered. It’s definitely useful at lower levels but the value falls off as your party gets stronger and acquires other ways of healing. Not to mention, a creature can’t regain hit points more than once per rest (short or long).

Plus, if you have the opportunity to use healing kits on multiple characters after a battle, you probably have enough time for a short rest when you can roll hit dice for free.

What does a healer’s kit do in 5e?

As an Action, you expend one use of the healer’s kit to stabilize a creature that has 0 Hit Points, without needing to make a Medicine check.

Can you have proficiency with a healer’s kit?

You do not need proficiency to use a healer’s kit. Anyone can use it.

If you want to get proficiency involved, there is great homebrew content out there that expands upon the functionality of healer kits. VaranSL created one that allows you to perform up to ten different procedures including curing disease or poison, boosting a character’s speed, and giving a character some painkillers to provide resistance to an attack. To perform the procedures, you need to have proficiency in healer’s kits but you can then add your proficiency bonus to the rolls.

How much does a healer’s kit cost DnD?

The healer’s kit costs 10 gold pieces and each kit has 10 uses before the supplies must be replaced.

Can you use a healer’s kit as a bonus action?

No, using the healer’s kit requires a standard action. You’re not simply applying a bandaid. But it’s questionable how much “healing” one could actually perform in a standard 6 second round.

Is a healer’s kit an artisan tool?

The healer’s kit is not an artisan tool because you’re not using it to create something. Artisan tools are used by tradesmen and craftsmen to make things.

The Healer feat in 5e is like Alert in that it is one of those feats that is a great choice for just about any character. People tend to shy away from playing a dedicated healer so this is a great feat to take if you find yourself in a group without magical healing abilities.

Not to mention, it’s always nice to have a backup plan.

The Healer feat and healer kits might not be great at higher levels. But hopefully, by the time you wage war against gods, you rely on something other than bandages and splints. Just saying.

So there you have it, everything you need to know about the Healer feat in 5e. Whether you’re looking to play a dedicated healer or just want a feat that provides some utility and options, the Healer feat is worth considering.

What do you think of the Healer feat in 5e? Do you think it’s overpowered? What would you change about it in your campaign? Let us know in the comments below! 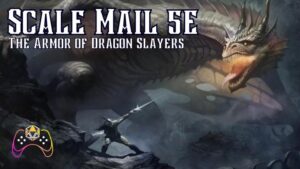