The best druid cantrips in Dungeons and Dragons 5th edition can offer your character a lot of versatility and power. Nature provides many options for druids who wish to harness its magic. And the right cantrips can make all the difference in your game. Whether you’re looking to deal damage, protect your allies, or control the battlefield, these spells are sure to come in handy.

Cantrips are valuable because spellcasters should avoid wasting spell slots reserved for important moments and battles. And druid cantrips are some of the best spells at the cantrip level because of their versatility. That is in line with druids being one of the most versatile classes in Dungeons and Dragons.

Enjoy our list of the best druid cantrips in 5e!

A druid casts poison spray to shoot a puff of noxious gas from the palm of the druid’s hand. The target creature must pass a Constitution save or suffer 1d12 poison damage.

This cantrip deals decent damage in the early game and does scale with the druid’s level. But the scaling is poor and lacks secondary effects that would make it viable later on.

The control flames cantrip grants druids the ability to manipulate non-magical fire. Only fire in a 5-foot cube and within 60 feet can be manipulated. Druids can extinguish it, or expand it 5 feet in any direction as long as fuel is present for the flame to consume. Additionally, they can cause simple shapes to appear within the flames and animate them. Lastly, they can double or halve the area of bright light and dim light cast by the flame, change its color, or both.

Druids can cast control flames multiple times but you can only have three of its effects active at a time. For example, you can cause the shapes of simple creatures to dance in three different torches. But you’ll need to dismiss one if you want to expand the flame of a different torch.

This cantrip is primarily useful for flavor and roleplaying. But get creative with it if you need to distract some guards or extinguish torchlight so the rogue can move under the cover of darkness.

Druids can cast frostbite to force a creature to make a Constitution saving throw or suffer 1d6 cold damage. If the creature fails the save, the creature has disadvantage on the next attack roll until the end of the creature’s turn.

Frostbite doesn’t deal much damage, but inflicting disadvantage on a hostile creature can be a lifesaver if that creature is about to attack a severely injured ally.

Magic stone is a great cantrip for druids who want regularly chant, “Sticks and stones may break my bones, but magic stones will kill you.” The cantrip enchants up to three pebbles, which the druid can then throw as an attack up to 60 feet, or hurl with a sling. On a hit, the target suffers bludgeoning damage equal to 1d6 + your spellcasting modifier. And whether or not the pebble hits, the spell on that pebble ends.

If someone else picks up the pebbles and throws them, that character applies your spellcasting modifier to the attack roll, not his or her ability modifier.

If this cantrip required a standard action, it wouldn’t be on this list. But being able to enchant a few pebbles as a bonus action before using a standard action to throw them or sling them (or allow someone else to after you use a standard action for something else), makes it a useful cantrip to hold onto.

Druidcraft is the prestidigitation of the druid world. The cantrip allows druids to subtly manipulate the natural world around them.

You can create a small effect that predicts the weather over the next 24 hours. Additionally, you can accelerate the growth of a single plant. For example, you can make a flower blossom, a seed pod open, or a leaf bud bloom. Or you can generate a harmless effect within a 5-foot cube like falling leaves, a brief breeze, the sound of a small animal, or a faint foul animal odor. Lastly, you can light a small fire (torch, candle, campfire, etc) or extinguish one.

This is one of those druid spells that flies under the radar because it can’t kill anything. But the possibilities with this are endless, especially if your adventure takes you through the wilderness on a regular basis.

Weather often makes tracking, chasing, or fleeing more difficult, so knowing what to expect will allow you plan accordingly. Need to sneak by or distract someone, generate a noise or smell or visual effect to get the job done with ease. Just entered a damp, dark dungeon, light those torches as you descend into the depths. Turn a branch into a torch. Extinguish the campfire of a group of unsuspecting hostiles as your party sneaks up on them.

Use this cantrip to set a quick trap when you’re being followed or chased. Excavate a defensive ditch around your campsite if you’re in hostile territory. Spell out words in the dirt to communicate quietly with nearby allies or confuse an unsuspecting individual.

Grant a creature (or yourself) the benefit of rolling an extra d4 on a saving throw. The spell lasts for one minute and the target creature can decide to use the d4 before or after the save. It does require concentration, however, so make sure you’re not already concentrating on a different druid spell.

An extra d4 on a save can save a life. But it’s hard to predict when you’ll need it, and one minute isn’t that long. This cantrip would be best utilized during battles where you know the enemy uses abilities or casts spells requiring saving throws.

Create bonfire is surprisingly more useful than you might imagine. A druid can create a magic bonfire that fills a 5-foot cube which inflicts 1d8 fire damage on any creature in the space unless the creature passes a Dexterity saving throw. The same goes for any creature that moves into the space or ends a turn in the space.

Produce flame is a valuable addition to the druid spell list because it offers flavor, roleplaying, and combat options. You summon a flickering flame in your hand for ten minutes which illuminates a 10-foot radius with bright light, and 10 feet beyond that with dim light.

Throw the flame at a creature within 30 feet of you to inflict 1d8 fire damage. This counts as a ranged spell attack, and it ends the spell.

The damage of produce flame scales with the druid’s level, but the versatility of the spell is the selling point here. Plus you don’t have to spend a spell slot.

Mending gives druids the ability to repair just about anything as long as the tear or break is less than a foot long in the thing you’re trying to repair.

Did you break a lock trying to break into a house? Just repair the lock and no one will know. Snap a wand or staff in half? Mend it back together, good as new. Crack the lens on a spyglass, one of the most expensive items listed in the Player’s Handbook? Get to work, druid!

This cantrip will save you headaches, trouble, and gold if you use it wisely.

This cantrip imbues the wood of your club or quarterstaff with the force of nature. This makes it a magical weapon and upgrades the damage die to d8. Shillelagh also allows you to use your Wisdom modifier for attack and damage rolls.

The druid is one of the most versatile classes in Dungeons and Dragons. So this cantrip is great to have if you routinely find yourself in melee range with enemies and you don’t want to expend one of your two uses of Wild Shape.

Shape water is one of those druid spells that can be incredibly useful. But it depends on the campaign you’re in because if you’re not around water often, this spell can feel like a wasted choice.

Like the other elemental control spells, shape water allows druids to manipulate water within a 5-foot cube. A druid can direct the movement of water or change the flow up to 5 feet in any direction. Additionally, a druid can use this cantrip to form the water into simple shapes and change the water’s color or opacity. Lastly, the most useful effect of the spell is to freeze water in the event you and your party have to cross a small body of water to cross.

If you want to jump into the fray and save your Wild Shape, primal savagery has your back. Druids can transform parts of themselves to make a melee spell attack against one creature within 5 feet, causing 1d10 acid damage on a successful hit.

This deals less damage than poison spray but acid damage is a rare type of damage to resist so you’re more likely to land a successful attack.

1/15 Guidance – The Best of the Best Druid Cantrips

Ability checks can mean the difference between life and death, failing a quest or succeeding. So a cantrip that helps a creature pass an ability check is worth its weight in gold. How much does a cantrip weigh? Nothing, it’s a manipulation of the fabric of reality, and that’s worth a lot.

Anyway, a druid casts guidance to increase an ally’s chance of passing an ability check. The target of the cantrip has one minute to roll a d4 before or after making one ability check.

And since it’s a cantrip, the druid can cast it as many times as necessary to help everyone in the party pass a difficult ability check, like jumping over a ravine or sneaking past some guards. 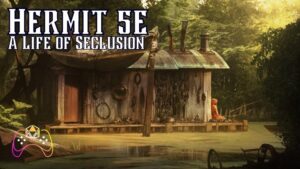