Strap yourselves in, pilots! The ACE COMBAT 7 3rd anniversary update arrived on August 2, 2022. Bandai Namco delivered new skins and emblems in collaboration with [email protected] Starlit Season. So hop back in the cockpit of your favorite flying weapon of death and get ready to shoot down your enemies in style!

ACE COMBAT 7 is the latest release in the arcade-style combat flight simulation video game franchise. Bandai Namco developed and published ACE COMBAT 7, releasing the game in early 2019 for Xbox One, PS4, and Windows. The game has a Metacritic score of 78 (PC), 79 (Xbox), and 80 (PS4), which Metacritic considers to be generally favorable reviews.

ACE COMBAT 7 tells the story of two nations, Osea and Erusea, during a time of rising tensions. Erusea launches a surprise attack on Osea and captures a majority of the Osean state. As a result, war breaks out and you are caught in the middle as a pilot for Osea. The story is told through the events of missions you’re sent on and cutscenes between missions.

The missions themselves vary in scope and difficulty, ranging from dog fights to boss fights with massive aircraft to bombing runs in the middle of heavy sand storms. Players start with access to a small number of aircraft but can purchase more and upgrade their existing fleet with in-game currency they acquire from successful missions.

Bandai Namco released regular updates and DLC over the years which have included new aircraft and missions. The 3rd anniversary update includes the following skins and emblems: 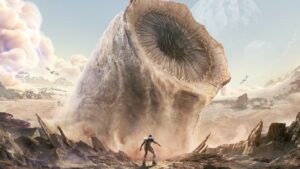